When in Texas eat TexMex, OF COURSE! 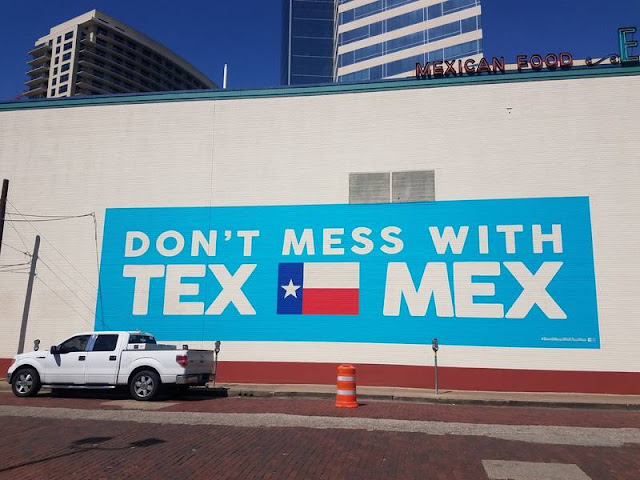 Last week my uncle and cousin from Tennessee came to town, and were later joined by my cousin and his wife from Iowa.

The first night (Wednesday before the Iowans got into town on Friday) Uncle Warren, Jim, Mother, Sam and I ate at El Fenix in Grapevine. My mother's dad would take them to El Fenix in Dallas on special occasions beginning in 1938 after they moved to Dallas.

El Fenix is celebrating its 100 anniversary THIS year, so we had to celebrate, too!
Tradition!

I didn't get a picture of Wednesday night's event, but it was fun, and yum.

On Thursday night Sam made homemade chili!! It was delicious.
I wish I'd gotten a picture of it, but I did get a picture of the group that ate it...


On Saturday night we had another of our favorites, Tommy Tamales at Mother's... 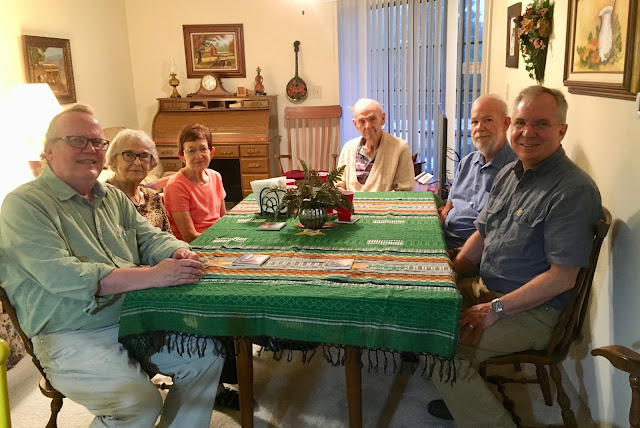 Mother had put out her Mexican table cloths. Whoa. They made for a festive meal! 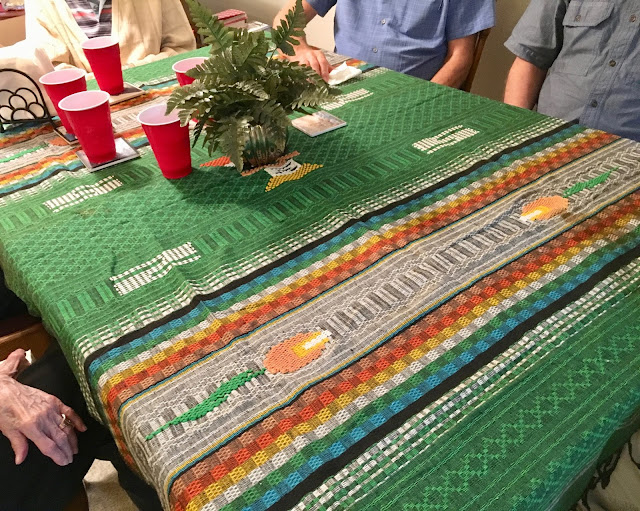 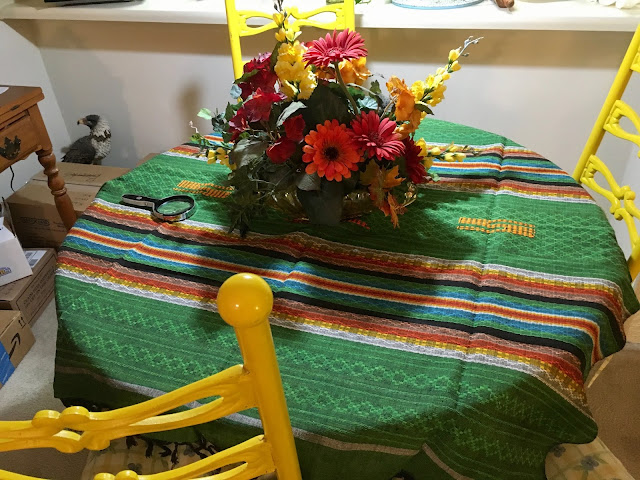 After the Tennesseans flew back home the Iowans had to get their own 'El Fenix Fix'.
It was quite a family reunion. 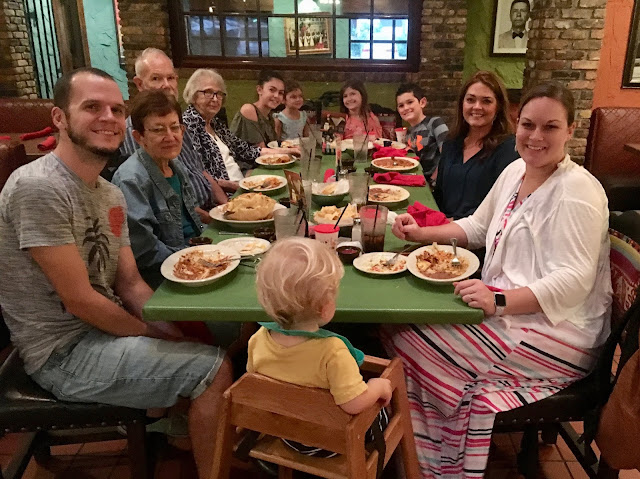 Here are the three girl 'cousins' that enjoy being together...

And here is Nell with her little brother Liam. 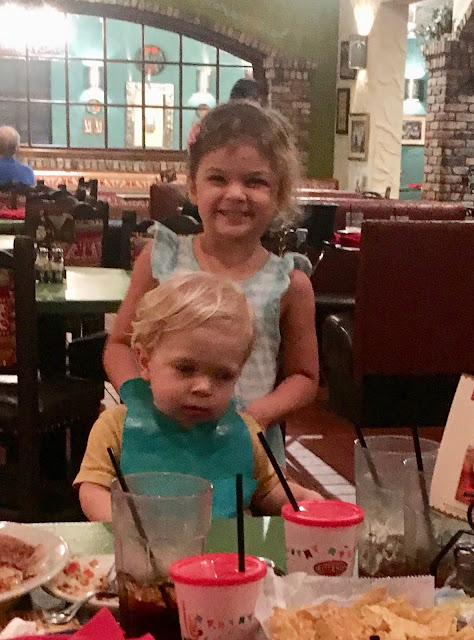 Now the out-of-state folks are back home, pining for their next TEX-MEX trip.
Of course other states serve some TexMex, but it's not the same.
I'm just glad I live here.
'Course that means I have to diet every now and then, sometimes aggressively.

See you next time!