And my mother is, too, I think.

And steady Sam has had to wade through both Mother's and my states of being 'basket cases'.

Now I think Mother and I are both breathing normally again, instead of gasping for air. 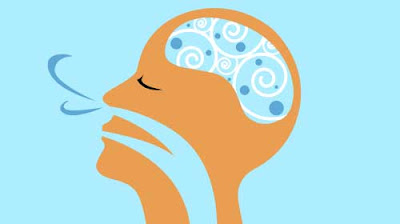 Mother had had double pneumonia and a blood clot in (on) her lung, among other problems she's had through the years.

And she has to eat pureed food and drink thickened water. (!)
Fortunately Mother has never just lived to eat. She's eaten to live (unlike me who looks really forward to each meal). I say that to say that Mother has not been as bummed out about eating pureed food as I would have been.
She doesn't love pureed food, but she takes it as part of life. She's strong like that. (She's her dad's daughter.)

As for me I don't know what I would have done if I hadn't had God - and Sam.

Having God meant there were verses I read everyday that seemed to be PERFECT for me. PERFECT. Like miracles, they steadied me.
Yet I would revert to being my human basket-case self. But that was okay. I needed (need) to be human, and just Nancy. And I felt that was God, too: letting me be me and feeling my feelings and thinking my thoughts.

And Sam has - in many ways - really taken good care of both of us.


Right now Mother (age 93) and I (age 67) are both seemingly more 'even-keeled'.  (Who knows though what will happen tomorrow or in a hour or two?)

But right now I'm not teary, or on my last nerve.
Whew.

Most of Mother's stuff is in storage, and we'll go - as we've been going - to look through it more later this weekend. (We'll go slowly.)

I know: I am blessed to have her still with me.
YES, I AM BLESSED.


I hope this wasn't too much info for you.
It was good for me to write it.
(Maybe I won't 'publish' this post. ?)
I think I will.
You don't have to read it, though.

Oh wait. If you're reading this, you've already read it!

Have a great weekend.

Email ThisBlogThis!Share to TwitterShare to FacebookShare to Pinterest
Labels: MotherMargaret, my faith, self-care

This is a tough age for us. Taking care of our parents is the most difficult job I ever had. I look back now and have no idea how I managed working two jobs, help run a business, take care of mom with dementia and try to keep up with a very independent father. Assisted living was a God send, made life easier. Breath and accept Gods gifts and thank him every day. One day you too will look back and wonder how you survived. You survived through Gods grace. Love to you and yours.

Thanks, Melissa! Wise words.
Love you.