Here she is last month with her beautiful mother... 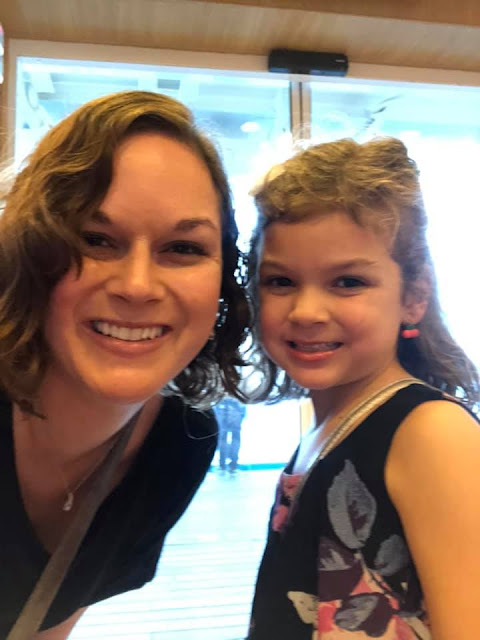 Last week Nell was the STAR STUDENT in her kindergarten!

Here is the poster she made...

Recently (mid January) she was at our house and I asked her if she wanted to watch a 'show' on the television. She pronounced very loudly, "Grammy, that is not my resolution!"
She then proceeded to tell me how she was going to quit watching so many videos, and play more and read more.
Then she told me that every night at bedtime she and her daddy read C.S. Lewis' THE CHRONICLES OF NARNIA. They read "The Lion, the Witch and the Wardrobe" and are now into "Prince Caspian".
I thought that was super.

Earlier this week she told me she was really thirsty.
"Would you like some water, Nell?"
"Yes, Grammy. I am PARCHED!!"
"Whoa, you're parched?"
"Yes, when Daddy is thirsty he says he is PARCHED! So now I say I'm PARCHED!"

Not long ago Nell asked me, "Grammy, do you know why Mommy and Daddy named me Penelope Faye?"
"No, Nell. Why?"
"So they could call me Nell."

Recently I was telling someone that Nell was six and a half. I told her about that.
She said, "No Grammy! I won't be six and a half until May! Right now I'm just six. In May I'll change."

So there you have some bits of conversations we have.

Occasionally she'll say, "Let's talk, Grammy."
So we do.
It's always interesting!


Oh, here she is recently after doing some drawing and coloring... 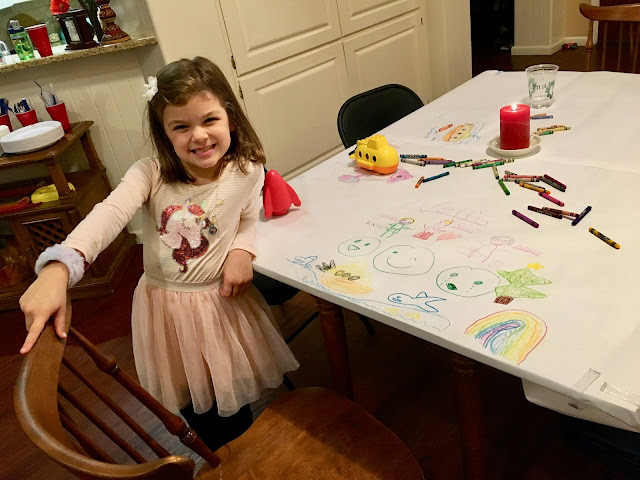 And here is a picture she drew of me! 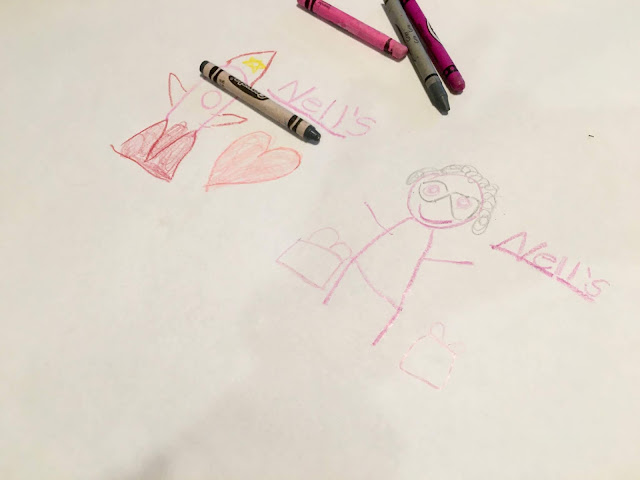 Email ThisBlogThis!Share to TwitterShare to FacebookShare to Pinterest
Labels: Bailey, Nell, Will